The Road Worn Healers is a music project led by Robbie Bundle.  Robbie is writing music and songs that reflect a more deliberate approach to delivering music. To anyone that is willing to listen intently and understand lyrically and musically the nuances that abound in his song-writing and in his delivery.  A Blue’s shuffle that skips out of time.

Having been around on the music scene for a long period of time, there is a certain reverence that permeates that very core and heart of the land, and assists the listener’s journey to wherever they might be.  Through the looking glass of Black Australia, Robbie’s music captures and endures with purposeful intent to weave everyday things that might seem mundane, into another perspective or finding a different way of looking at the world around us in a Universal sense.

Robbie’s newest songs are a testament to his conviction that there are so many stories out there that if told would change the world as we presently see it. This dynamic is not a new occurrence, but rather a suggestive poise that articulates the many trials and tribulations that are born of the many different people, Languages and Cultures that inhabit the Earth.  Music for him is an encryption of life and its many diversities, that roll along like a tumbleweed and transforms the natural landscape and invigorates the environment.

Robbie has played and collaborated on many musical projects and performed with and alongside many singer songwriters including Archie Roach, Bart Willoughby, Kutcha Edwards, Dave Arden, Shane Howard, Dave Steele, Neil Murray, to name a few. Robbie also mentors many emerging artists that are now navigating their way on the musical train. Sit back and enjoy what’s to come, as it will be a journey that will encapsulate and provide a backdrop of a life well served and musical road that describes that life, sometimes in detail, other times much more obscurely. 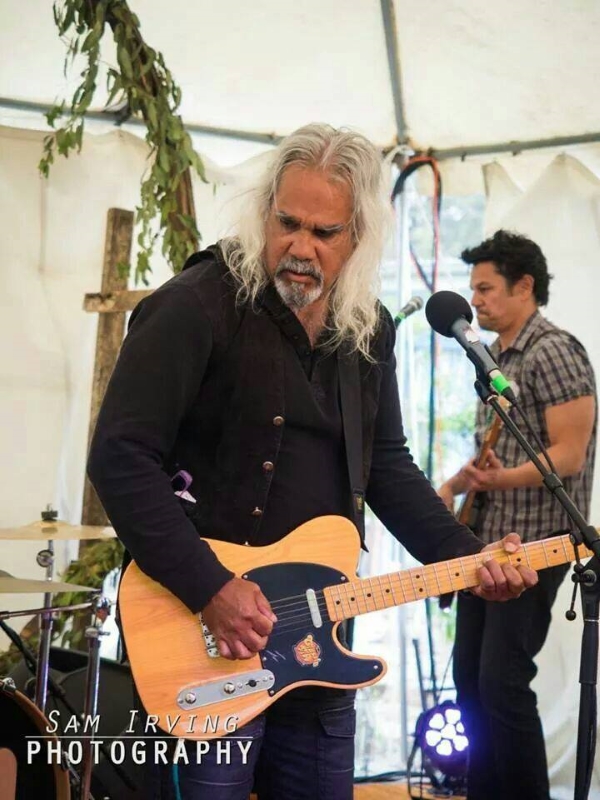