Multi-award winning blues artists John McNamara and Andrea Marr have both carved a niche for themselves on the international blues scene with many years and accolades to their names. They started working together in May 2018 after their respective albums ‘Rolling With It’ and ‘Natural’ both had chart success both in Australia and in the US, John’s album hitting #1 on the US RMR Contemporary Blues Singles Charts and Andrea’s album hitting #1 on the US Soul airplay charts as well as #1 on the R&B airplay charts and #1 on The Australian Blues and Roots Airplay Charts. Between them they garnered 7 nominations at the 2018 Australian Blues Music Awards with John winning Song Of The Year. Shortly after forming the McNaMarr Project they won the Blues Performer Of The Year Award and were sent to Memphis TN to represent Australian Blues at the International Blues Challenge – John’s second time and Andrea’s third time. They reached the semi finals and were signed to Memphis label SelectOHits. Their new album “Holla & Moan” was released on August 30th 2019 and entered the Australian Blues and Roots Charts at #2 receiving rave reviews in Australia, in the US and throughout Europe. Currently it is still in the top 3. Also it has been at #3 on the US Soul/Blues airplay charts and #1 on The Roots Music Report Australian Album airplay charts. 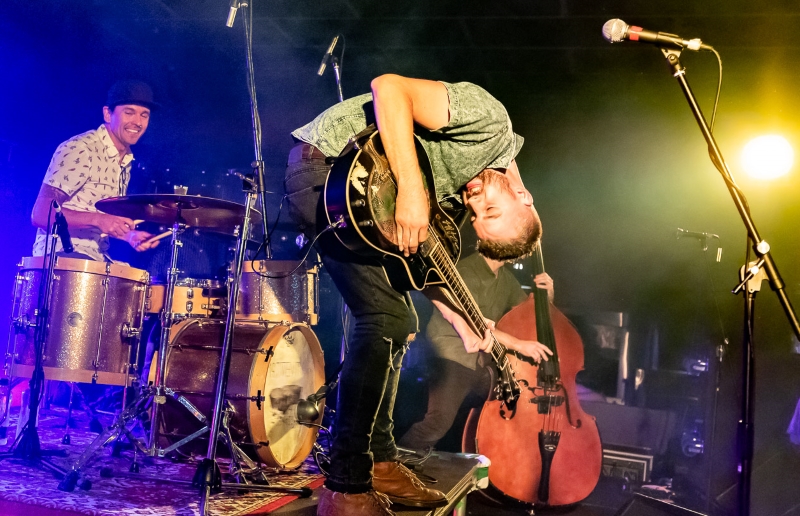