The Fret Drifters are the “anything goes” acoustic guitar duo of Andy Casad and Nick Garrett-Powell, hailing from Oregon, USA. Known for their exotic guitar techniques, modified musical instruments, powerhouse lead vocals, exciting arrangements and a joyous stage show honed from years of busking and gigs, The Fret Drifters blend genres ranging from blues to flamenco, hard rock, classical to jazz fusion, all while showcasing the versatility of the guitar itself.

Prolific composers and performers, the two joined forces in 2010 and began touring theatres and festivals, performing as the opening act for such greats as Tommy Emmanuel, Eric Johnson, Little River Band, Michael Franti, Pat Benatar, Rick Springfield and many more. In 2013, The Fret Drifters were fortunate to win an exchange contest which brought them to Australia to perform at Bruthen Blues in 2014! 5 years later, Nick and Andy are happy to skip the icy winter of February in Oregon and return to play at Bruthen in 2019!

The band motto: Nothin’ but love. 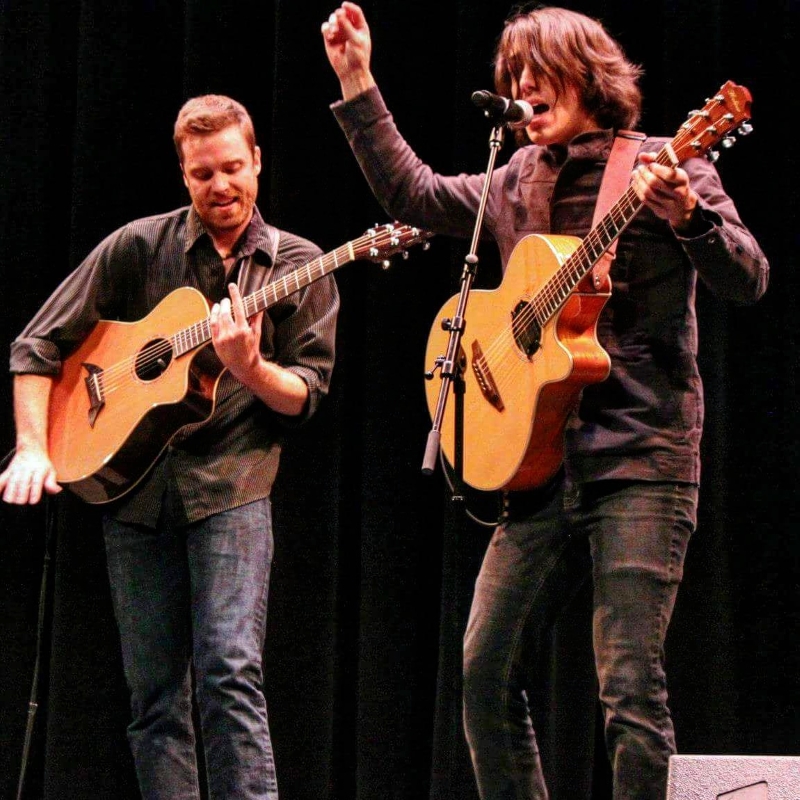